This word Legominism, replied Beelzebub, is given to one of the means existing there of transmitting from generation to generation information about certain events of long-past ages, through just those three-brained beings  who are thought worthy to be and who are called initiates.

"In real art there is nothing accidental. It is mathematics. Everything in it can be calculated, everything can be known beforehand. The artist knows and understands what he wants to convey and his work cannot produce one impression on one man and another impression on another, presuming, of course, people on one level. It will always, and with mathematical certainty, produce one and the same impression."
"At the same time the same work of art will produce different impressions on people of different levels. And people of lower levels will never receive from it what people of higher levels receive. This is real, objective art. Imagine some scientific work - a book on astronomy or chemistry. It is impossible that one person should understand it in one way and another in another way. Everyone who is sufficiently prepared and who is able to read this book will understand what the author means, and precisely as the author means it. An objective work of art is just such a book, except that it affects the emotional and not only the intellectual side of man." (ISOTM33)

Are Icons a Form of Objective Art? - by Reijo Elsner

An Expression of Legominism in Christian Language - by Agnes Hidveghy

The following 3 pictures are said to be based on the Enneagram.

Retable of Isenheim by Grünewald

The Last Supper by Da Vinci 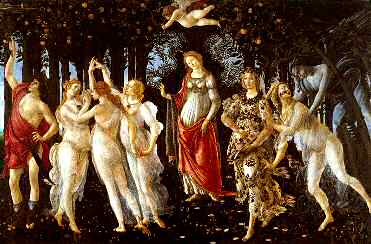 Are Movements a form of Objective Art?

(From a fragment of an archaic Greek vase found at Daphae)

I Am The Vine, Y'all Are The Branches