"And as regards the second fundamental primordial cosmic law, namely the sacred Triamazikamno, cosmic Objective Science formulates it in these terms. A new arising from the previously arisen through the "harnel-miatznel, the process of which is actualized thus the higher blends with the lower in order together to actualize the middle, and thus to become either higher for the preceding lower or lower for the succeeding higher." (23)

The Law of Three - Triamazikamno 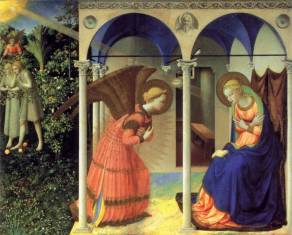 The most important structurally related application for humans is with the formation of an harmonious interrelatedness of the three centers of human consciousness, Intellect, Body and Emotions, in a state known as All-Brains-Balanced-Being-Perception. Gurdjieff called this aspect of the Work and its related repetoire of exercises 'Conscious Labor.'

Gurdjieff defined the process of interaction of the three forces as the "harnel-miatznel," where the higher blends with the lower in order together to actualize the middle, and thus to become either higher for the preceding lower or lower for the succeeding higher.

The most important process related application of the Law of Three in the Work is with the transformation of energies for our Being by the exercise of the two Conscious Shocks. Gurdjieff called this aspect of the Work 'Intentional Suffering.' In Beelzebub's Tales, the following prayer describes the process of "harnel-miatznel" as it is used in transforming energies for our Being.

This prayer is referred to as The Holy Equation or the Holy Affirming Prayer.

The Holy Equation acts as a shock in the octave of evolution. It is the formula for the 1st and 2nd Conscious Shocks. As we know from studying the Ray of Creation, the shocks are composed of three notes of a Lateral Octave, each note representing one of the forces of the Law of Three. The Holy Equation, being based on the Law of Three, has the structure required for supplying the two Conscious Shocks.

Gurdjieff speaks of the threefoldness of the creation as a fundamental cosmic law. He calls this law Triamazikamno, “I put three together.” In the ultimate, cosmic scheme, the Theomertmalogos is the Holy Affirming and the Etherokrilno the Holy Denying. The whole working of the universe, particularly through life, is the Reconciling. (J.G. Bennett, Talks on Beelzebub's Tales)

The universe is a being with three centers corresponding to our own; their material aspect is comprised of vibration-rates which appear to us as substances.
The universe is the body of God; it is the neutralizing force of the Sun Absolute, the manifestation of the interaction of the positive and negative forces of God. We live in the body of God, are made in the image of God and God's 'fancy' is immortality.
God is the "I" of the universe, is termed His Endlessness and is not inferior to time. Time is a perpetual perishing. It is the enemy of God. He has a purpose. Our Hope depends on our ability to discover His purpose and co-operate with it. This is the definition of religion, helping God. (A. R. Orage)

The Vedic system of knowledge is based on a tripartite approach to the universe where connections exist in triples in categories of one group and across groups: sky, atmosphere, earth; object, medium, subject; future, present, past; and so on. Beyond the triples lies the transcendental “fourth”. Three kinds of motion are alluded to in the Vedic books: these are the translational motion, sound, and light which are taken to be “equivalent” to earth, air, and sky. The fourth motion is assigned to consciousness; and this is considered to be infinite in speed. (Unknown)

These are three states, or conditions, of the soul, made evident on the mental plane in the self-conscious mind.
In the Sattvic state, the mind is intent upon goodness and truth, wisdom and love. This condition leads to the evolution of the higher (the buddhic) emotions, and to the Ideals (state of gods).
In the Rajasic state, the mind is full of outgoing energy towards the acquisition of objects of sense, knowledge, fame, power, ambition, social benefit, etc. This condition leads to the evolution of the mental faculties in their widest range (state of men) and to the intuition of truth.
In the Tamasic state the mind is sluggish, unaroused, stupid, ignorant and without zest in the pursuit of any worthy objects. This condition leads to the evolution of the desires, passions, and appetites (state of beasts).
According to Manu, Sattva (goodness) has the form of knowledge, and induces a deep calm full of bliss, and a pure light. Rajas (activity) has the form of love and hatred, and induces pain and dissatisfaction, and an activity difficult to conquer, which draws embodied souls to the objects of sense. Tamas (darkness) has the form of ignorance, and is coupled with delusion unfathomed by reasoning.

Every actionis really performed by the gunas. Man, deluded by his egoism, thinks: "I am the doer." But he who has the true insight into the operations of the gunas and their various functions, knows that when senses attach themselves to objects, gunas are merely attaching themselves to gunas. (Bhagavad Gita)

Where the Paternal Monad is. The Monad is enlarged, which generates Two. For the Dyad sits by him, and glitters with Intellectual Sections. And to govern all things, and to Order all things not Ordered. For in the whole World shineth the Triad, over which the Monad Rules. This Order is the beginning of all Section. For the Mind of the Father said, that all things can be cut into three, Governing all things by mind. And there appeared in it (the Triad) Virtue and Wisdom. And Multiscient Verity. This way floweth the Shape of the Triad, being pre-existent. Not the first (essence) but where they are measured. For thou must conceive that all things serve three principles. The first course is Sacred, but in the middle. Another the third, aerial; which cherished the Earth in Fire. And fountain of Fountains, and of all Fountains. The Matrix containing all things. Thence abundantly springs forth the Generation of multi various Matter. Thence extracted a prester the flower of glowing Fire, Flashing into the cavities of the World: for all things from thence. Begin to extend downwards their admirable Beams. (Chaldean Oracle 27)

The number Three has been used since time immemorial to describe the fundamental attributes, principles or personalities of God and the forces of Nature. Here are a few examples :

Hinduism - Brahma is the creator, Shiva is the destroyer, Vishnu is the preserver.

Egyptian - Re was his face; Ptah his body; and Amun his hidden identity

Sumerian - Anu is the father,  Enlil is the wind-god of the earth, Enki is the god of waters and wisdom.

Many scientific formulas that describe forces and relationships in nature are triadic in structure.

The most famous is Einstein's equation E=mc2, which shows the equivalence of matter and energy and their relationship to Time. A more general formula was given previously by Isaac Newton as F=ma.