God (consciousness?) sleeps in the Minerals,  Dreams in the Plants,  Thinks in the Animals,  And Awakes in Man. (Schelling)

We are the universe being conscious of itself. 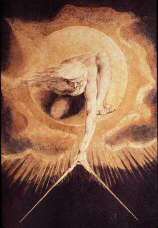 Strong upon me the life that does not reveal itself, yet contains all the rest...
(Walt Whitman, from Calamus)

"If we could only understand that it is the same Great Self in all of us; that we are only like beads strung on that Great Self..." (Jane Heap)

Beelzebub's Tales is very carefully written and all the necessary clues are put in. There is not trickery and nothing is misleading. The important clue he gives is in the passage I quoted above: "children of a common Father." This says something about "I" which we should try to understand. There is no difference in "I" between one person and another. One "I" cannot be master of another as they are all particles of the same God and God cannot be greater in one place and lesser in another. If you really understand about "I" you will see that there cannot be a relationship of domination and subordination between one "I" and another. When people recognize each other in this way, there is no feeling that one is better or worse, more or less important or privileged. The "I" is not to do with higher and lower. The "I" in man is his will. This will is his own individual will and unique. It is entirely himself. At the same time it is also God.
(JG Bennett, The Dramatic Universe)

"In the unitive vision the identity of the individual with the universal is experienced, and it is perceived that this identity encompasses all being as an eternally valid fact. It has not come into being with the seer's attainment to the vision, but simply is. What comes into being, or more truly, is developed in the seer, is the seer's capacity to perceive the identity. In this context it seems meaningless to say that any individual man ever attains anything. The spirit raises its human vehicle out of its own being and, through this vehicle, achieves knowledge both of the qualities it has made manifest to itself and of the undifferentiated and unmanifest being within which all qualities inhere. Our life is its life; our awareness is its awareness; our desire to live, to experience, and to know, is its desire."
(Sri Madhava Ashish in Ginsburg, Seymour B., In Search of the Unitive Vision: Letters of Sri Madhava Ashish to an American Businessman, 1978-1997. Boca Raton: New Paradigm Books, 2001.)

When each perfected 'highest being-body' becomes an independent Individual and acquires its own law of the sacred Triamazikamno, it begins to emanate similarly to the Most Most Holy Sun Absolute, but in miniature. (47)

***
...indeed, each three-brained being arising on this planet of yours represents in himself, in all respects, as does every three-brained being in our Universe, an exact similarity to the whole Megalocosmos. The difference between each of them and our Great Megalocosmos is only one of scale.
[...]
And indeed, each of them is the 'image of God'—not of that 'God' they picture with their bob-tailed Reason, but of the real God, as we sometimes call our common Megalocosmos.
Each of them, down to the smallest detail, is exactly similar, though in miniature, to the whole of our Megalocosmos, and in each of them there are all the separate functioning's which actualize in the Megalocosmos the cosmic harmonious Iraniranumange, or 'exchange of substances,' maintaining the existence of everything existing as one whole. (48)

And here also is God!!! Again God! . . . Only He is everywhere and with Him everything is connected.
I am a man, and as such I am, in contrast to all other outer forms of animal life, created by Him in His image!!!
For He is God and therefore I also have within myself all the possibilities and impossibilities that He has.
The difference between Him and my self must lie only in scale.
For He is God of all the presences in the universe! It follows that I also have to be God of some kind, of presence on my scale.
He is God and I am God! Whatever possibilities He has in relation to the presences of the universe, such possibilities and impossibilities I should also have in relation to the world subordinate to me.
He is God of all the world, and also of my outer world. I am God also, although only of my inner world. He is God and I am God!
(LIROTWIA p.30)

Unless we remember ourselves, we are completely mechanical. Self-observation is possible only through self-remembering. These are the first steps in self-consciousness and to become self-conscious in our highest part is to become a part of God. (A.R. Orage)

ALL are but parts of one stupendous whole,
Whose body Nature is, and God the soul;
That, changed through all, and yet in all the same,
Great in the earth, as in th’ ethereal frame,
Warms in the sun, refreshes in the breeze,
Glows in the stars, and blossoms in the trees,
Lives through all life, extends through all extent,
Spreads undivided, operates unspent:
Breathes in our soul, informs our mortal part;
As full, as perfect, in a hair as heart;
As full, as perfect, in vile man that mourns
As the rapt Seraphim, that sings and burns:
To him no high, no low, no great, no small -
He fills, he bounds, connects, and equals all.…
All nature is but art, unknown to thee:
All chance, direction, which thou canst not see:
All discord, harmony not understood;
All partial evil, universal good.