The Search at Northeon Forest

Intentional striving for the capacity to understand one's own and mankind's true significance is undertaken at Northeon Forest by applying an integrated set of practices derived in part from ancient traditions. These practices were introduced to western society through the initiative of Gurdjieff and were transmitted by an oral tradition throughout Middle Asia, Europe, and more recently America. Although these practices were never popular, serious seekers were attracted to them, recognizing that their force originated from a higher than ordinary source. Convinced that mankind was destined for a transcendent purpose, seekers took up this exploratory inner journey and began to combat the disharmony and impediments they found within themselves. 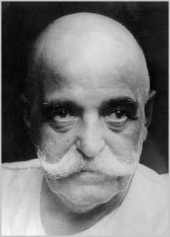 Georges I. Gurdjieff (1867-1949) was raised in the Caucasus by a Greek father and an Armenian mother. While still a young man, he and a group of other remarkable men set out in search of "real universal Knowledge." For Gurdjieff, the hardships and dangers encountered on their journeys were the true stuff of Existence. In 1922, Gurdjieff and a group of followers established themselves at the Chateau du Prieure near the Forest of Fountainbleau in Central France.

Gurdjieff never disclosed the exact source of his inspiration. It is possible to discover parallels in various traditions, but the fundamental features of his method have not been traced to any one source. He recommended a special kind of inner struggle that sought to destroy complacency and made adherents aware of the limitations of their present levels of existence.

THE WORK ACCORDING TO GURDJIEFF

Only by what Gurdjieff called "conscious labors and intentional sufferings" was it possible to bring about inner development. "The Work," as his method came to be called, was only too accurately named. Direction was given in fragments - and his followers had to learn to put the pieces together through personal observations and experiences. An intrepid few were placed into special bands, each member depending upon the others, much like mountain climbers upon a rope. He occupied each with a different work "according to the state of their preparation and their powers." By the very nature of his search he could not have many followers, and, for many, the special nourishment that was offered was too hard to digest.

Each aspect of Gurdjieff's last days was a reminder that "man must live until he dies." To "live" in Gurdjieff's sense was to labor consciously and to suffer intentionally. He practiced this in his own life with constancy and deliberateness until the 29th of October, 1949. Gurdjieff's grave near the Forest of Fountainbleau bears no name or epitaph. Since his death The Search has continued under an authority springing from the influences which The Search itself invokes.

Paul H. Beidler (1906-1998), a native Pennsylvanian of early Swiss-German ancestry, has devoted much of his adult life to the study of Eastern systems for inner transformation. Early in his archaeological career, Beidler had come under the influence of Sufi dervishes in Egypt, Iraq, and Persia. For two years, he lived among Yezidi priests in Kurdistan, where he was admitted to the hidden mysteries of Sheikh Adi. In the mid-1920s, as a young architectural student with Le Corbusier in Paris, he met Gurdjieff at the Prieure. He also spent some time with Gurdjieff at Taliesin in Wisconsin during Gurdjieff's visits to Frank Lloyd Wright and Olgivanna.

Then, impelled by the force that Gurdjieff and his predecessors represented, Beidler set out on a series of four distinct careers, abandoning each one after he had reached its plateau of accomplishment. These careers were external patterns within which the precepts of Gurdjieff were applied.

In 1949 Beidler associated himself with the newly formed Gurdjieff Foundation. Six years later, as a member of the U.S. Foreign Service, he left for Asia to prepare himself for his eventual role. In 1973, after a quarter century of exploration in selected regions of Asia, he returned to undertake The Search at Northeon Forest. He had confirmed that "work on himself" was best sought under the disruptive and trying conditions of everyday life, but that the deterrent influences that normally prevail under these conditions are powerful enough to overwhelm even the most ardent searchers unless their efforts are reinforced by energies generated at a focal point of higher striving. Northeon Forest is becoming that focal point.

Beidler's approach encourages personal verification by emphasizing that seekers must individually search, labor, and suffer. Practices and exercises are created by the seekers of Northeon Forest around programs, written by Beidler, as well as their own discoveries in the search. Seminars, sacred dances, meditation, and rhythmic movements with music complement the work at Northeon forest.

THE FABRIC OF DAILY LIFE

A basic premise of The Search at Northeon Forest is that systematic inner inquiry can lead to transcendent fulfillments when pursued within the fabric of everyday activities. Efforts toward inner transformation will be especially productive when carried out around a focal point of supportive influences and sustained by the vital energy generated by individuals working toward shared higher goals. Inner tasks, performed while confronting the trials and frustrations encountered in normal vocational and domestic environments, are reinforced with new energy when parallel activities take place in the sanctuary provided at Northeon Forest. Important threefold outcomes, however provisional, can be derived while carrying out customary house-holding responsibilities.

Northeon Forest as a focus of high endeavor was founded for - and is nurtured by - those who have chosen to search for inner transformation within the normal context of their daily lives. The seeker's efforts toward coordinated levels of mind, spirit, and body are strengthened and invigorated by the nurturing conditions found at Northeon Forest. No aspect of external life is overlooked as a fruitful outer framework for parallel inner effort. The hours spent in making a living, eating, sleep, and home life are constantly examined for their potential to provide opportunities for inner work.

THE SETTING OF NORTHEON FOREST

Northeon Forest, in its outward appearance, is a tree farm and wildlife refuge. The forest terrain and turbulent streams offer an environment especially fertile for the practice of inner tasks. This inner work serves to reinforce the conscious labor performed amidst the diverting influences that prevail elsewhere. Using materials and situations indigenous to the land, projects such as forestry, gardening, building, woodworking, wood gathering, cooking, and beekeeping are undertaken.

Activities that result in a useful product are favored in preference to those that bear no useful purpose. Competitiveness is discouraged since it does not contribute to those higher emotional levels on which Being rests.

Existence can be seen to be organized and leading toward the fulfillment of a higher purpose. It is necessary to try to understand the constraints within which transformation may be earned. By concerted inner effort, intercession from higher powers may be sought, and there is evidence that assistance in sincere effort is provided in tangible ways.

Enlightened messengers gifted with transcendent insight have stressed the special benefits to be derived from stress, poverty, humility, hardship, risk, and danger, when creatively endured. The rigors encountered in a natural life are to be valued as occasions to be used, rather than avoided.

Truths are revealed according to each individual's own level of comprehension. As the seeker's Being evolves, the perception of truth emerges correspondingly. Although accidental patterns of life are usually fertile enough, other alternatives are sometimes advisable to eliminate conditions too overwhelming for the beginner. There is an implicit obligation to use the gift of life in a manner designed to extend one's given capacities far beyond what is expected by the accepted standards of the day. To assist mankind toward its ultimate destiny becomes both a reasonable goal and a compelling responsibility.

Those who embark on this journey of inner inquiry and conscious labor, accompanied by sacrifice, are inevitably confronted by these questions:

These and other questions are addressed at Northeon Forest. Answers are deemed provisional, pending the expansion of our understanding. Then, when underlying meanings begin to emerge, segments of insight formerly disconnected begin to fall into place. This may then be interpreted as preparation for a conscious function within a cosmic pattern of supreme scope and importance.

The Search at Northeon Forest is not intended to and will never become popular. Its integrity is preserved by avoiding, to the extent possible, its becoming defiled by the institutions of society. It does not court popular acceptance but attracts those few individuals who can find no lasting meaning in mundane goals and who find that they must search for truth within themselves. Deeply dissatisfied with much of what is available to them in contemporary society they must often "risk everything," only to find that it is mainly their illusions that were risked. Their Search opens paths to new perception when such common pursuits as pleasure, comfort, satisfaction, and happiness are found to be illusory dead ends. The forces that are generated at Northeon Forest counteract the abundant diversions in contemporary society.

The seminars and meetings are attended not only by the resident core but also by other committed seekers commuting from various towns and countries. They comprise an important element in the sum of energies generated. Their individual life-styles vary considerably, providing opportunities to search, labor, and confirm their experiences under conditions vastly different from those that exist at Northeon Forest. The rays of influence that they represent extend out into the surrounding areas. 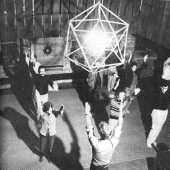 When types of inner exploration are taking place, the reading of books concerning "The Work" is discouraged. Participants are advised to see themselves as the "best book," where truth is to be sought without distortion from association with something previously read. On those occasions when books are read, Gurdjieff's own three series are preferred. Books by his acquaintances and "pupils" are recognized as personal interpretations.

Conversation and social intercourse not clearly essential are minimized in deference to higher aspirations. Altering social behavior among participants illuminates the true purpose of The Search. Emphasis is always upon vertical aspirations unhampered by ordinary relationships with one another.

A WAY OF LIFE

Only by self-generated effort within oneself and by sincere individual service to the ultimate destiny of humanity can genuine payment be made. In order to stress these requisites, there is no monetary payment for engaging in The Search at Northeon Forest. Money is relegated to a place more appropriate to house-holding affairs. This discourages those who cannot recognize intrinsic value unless marked by a definite price. It may also temporarily attract individuals who undertake nothing that requires sacrifice but who soon tire under the relentless pressure of The Search. This curb on commercial enterprise closes an avenue leading to spiritual deterioration and corruption. The absence of monetary concerns promotes feelings of reverence for and kinship with all mankind.

There are intentionally no commercial or academic endeavors at Northeon Forest that require fiscal support. Genuine payment in the form of substantive inner work - as a way of life - is stressed. The continued functioning of Northeon Forest is not dependent upon the support of "students" or "donors."

There is a profound obligation to respond to the needs of those rare individuals who are genuinely drawn to the goals of The Search at Northeon Forest. The epic quality of The Search - with the value given to hardship and difficulty - will challenge the hardy seeker who had the strength to persist along the arduous path of service and sacrifice despite impediments along the way.